A crackdown on unscrupulous tuckshop in Zamdela, Sasolburg, is on. There has already been a joint operations by the business forum, police, district and local municipality and traffic officials  Metsimaholo Business Consultative Forum, Metsimaholo Local Muncipality, South African Police Services and the relevant stakeholders. This resulted in the arrest of four illegal immigrants.

According to Metsimaholo Business Consultative Forum Spokesperson, Motsamai Stefane, the focus of the joint operation was on the selling of fake and expired goods, operating permits, licenses and COA Certificate. The operation also looked at good hygiene and compliance required standards by tuck-shops. 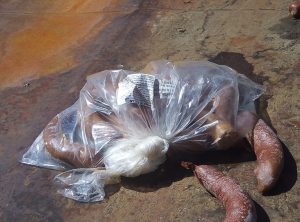 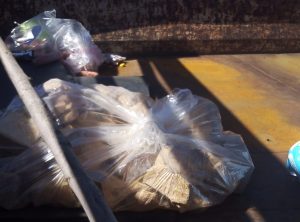 Stefane said the community had for number of years complained about the standard of food products sold at the tuck-shops,  mostly owned by foreign nationals.

“As the stakeholders of all businesses in Metsimaholo through different business forums we realized a need to deal with these issues decisively without fear or favor and these joint operations are here to restore order, discipline and law.

“The landlords for these businesses were taught about the disadvantages of having illegal structures erected in their premises and the importance of approaching the municipal offices to apply for their residential sites to be turned into business sites. The raid discovered expired good and fake goods, structures that are non-compliant, illegal foreign nationals.

“Furthermore, we were concerned about the level of hostility we encountered from the foreign nationals some closed themselves inside their shops.  About 13 shops were inspected in which all of them were not compliant and were closed until they meet all required standards according to the law and the saddest thing is that after these shops were closed our team made a routine check later that afternoon only to find out that these foreign owned shops operating again and as such we are holding serious meetings with all joint operation stakeholders to check how to deal with matters of this nature,” he said.

The forum called upon Metsimaholo and SASOL in particular to come on board to bring a permanent and sustainable solution to the lives of the community.